So lovelies, you know how I have a little bit of an obsession passion for the whole world of patchwork and quilting? It's subtle, I know.
I've always wanted to be able to make clothes but to be honest it scares me.
Those flimsy patterns, darts, yokes (you've got to be yoking!), stretch fabric eeeeeek!
It all seems....hard.

I'm always astounded when successful seamstresses say that they are daunted buy patch working and quilting but I guess I know how they feel but in reverse.
But burning desires can't be quieted for long.
I started making this skirt quite some time ago but I was waylaid by a baby and a fear that the tum would never be the same (it won't be but it isn't too bad - anyone else got a floppy belly button post baby???) but I'm motivated to finish it for the summer.

Obviously there was the PJ pants the other week.

Then I decided that it was time to make something for my muse. 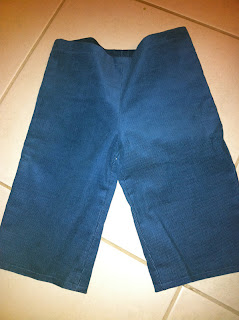 I used AMH's 'Quick Change Trousers' for the shape and came up with these cords.
I think they'll be quite baggy because they are supposed to be double layer. 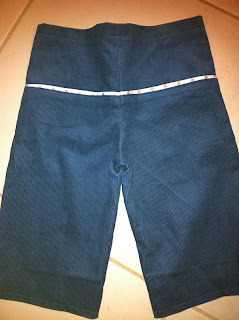 I added the 'flange' at the 'yoke' just for a bit of fun.
When you don't know the rules, it's easy to go out on a limb :o)
I just need to add some elastic and feed up the model.

Since Saturday when I made the blue cords I've been a little...lets say enthusiastic.
Dare I say when I woke during the night, bubs sound asleep, I was thinking of making clothes.
First chance I got I headed to the oppy with the little guy. 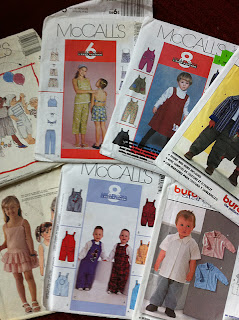 $3.50 later I have some patterns to play with.
No, I won't be making him frocks, as tempting as it is, I'll be trying all sorts of patterns to expand my knowledge and skills. Plus who knows, one day there could be a girl muse.

My muse and 'studio' assistant. 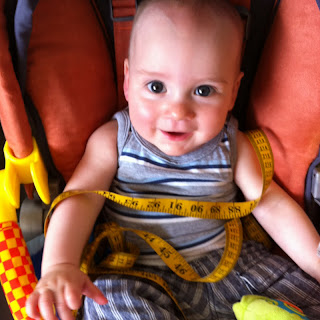 Any suggestions on patterns or things you think I should try making?
Tips and tricks and direction will be happily accepted.