So I finally found time to freshen up the blog a bit.
It's not perfect but it will do for now. At least my description now has me mothering the correct amount of kids!

A few lovely people have asked me how Harvey is going.
Other than appearing to need glasses lately..... 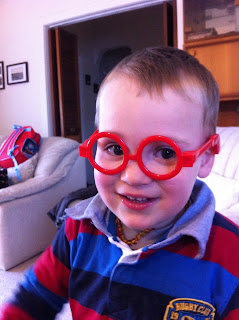 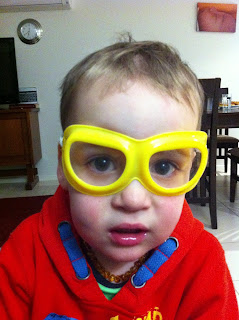 He's doing really, really well.
He's so much fun at the moment and his personality is developing by the day.
He's a bit cheeky but also has wonderful manners which seems pretty good for two and a half.
He loves to eat 'lumpch' (lunch) and answering the 'frump' (front) door.
Feckfast has become bekkist and no doubt will soon be breakfast. I'm not sure when his beatbix will morph into wheatbix but I'll be a little bit sad when it does. 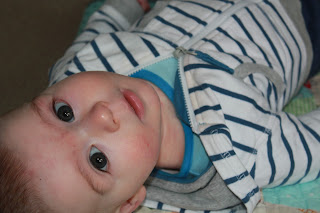 Earlier this week Lachy tried his first solids.
A bit of mushy apple.
How eager does he look? 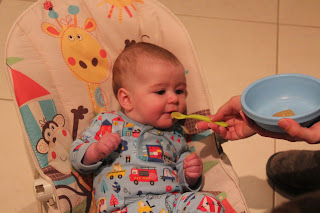 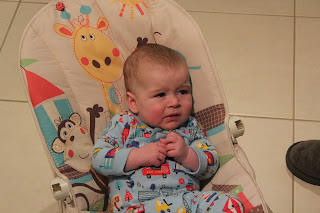 He much prefers to hold the spoon, whack himself in the head, poke himself in the eye a few times and then suck on it.
A little bit more eating practice needed for my little bug.... 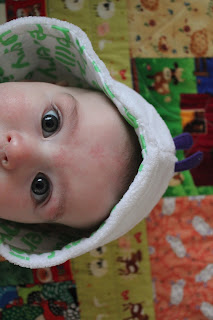 Harvey has started to enjoy having his photo taken so we're starting to do a lot of 'selfies'. 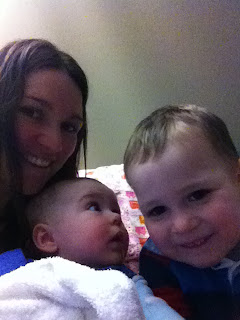 We just need to work out how to get Lachy to look in the right direction.

While I've been gone

So much has happened around here - some of it is just life marching on, as it does and some of it has been bigger that that. Mostly, as I said in my last post, it was just computer issues keeping me away.
Having said that, I see blogging as a community and although Instagram, Twitter and Facebook have a place, I've realised I still want to blog. 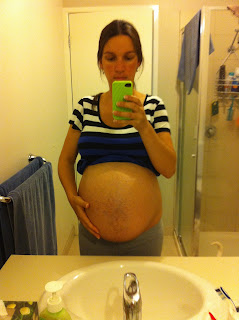 Then it turned into this? 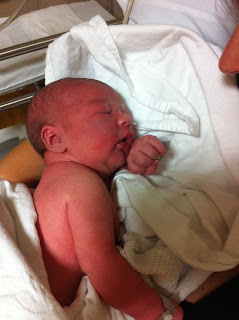 Well, now it is this: 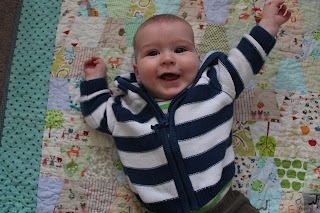 Aint he cute? He's four and a half months old (already!!!) and has a very giggly, smiley personality. He's fascinated by both of his big brothers and loves to watch them play.

When Lachy was born he very lucky to receive some gorgeous handmade goodies from crafty ladies. It made us both feel very special. 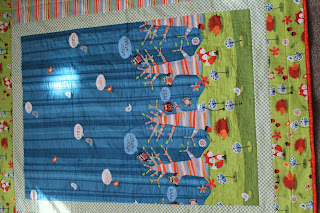 This fun quilt panel was from Maria at 'Life on the Block'.
She did some great quilting to emphasize the little animals and grass. It looks good in Lachy's room, adding colour to the spare bed and is easily within reach when I'm feeding during the night. 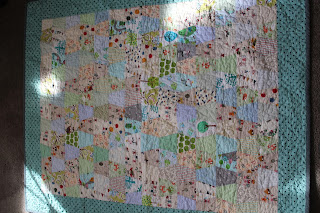 This low volume/contrast tumbler quilt was from Aunty Jules.
It has been spewed on several times already. It is loved.
It's also excellent for young models to pose on. 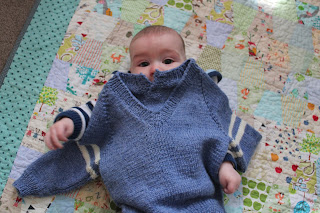 A couple of months ago I met up with Jules to buy some 'much needed' yarn at Bendigo Woollen Mills. Jules is extremely lucky to own a mum called Helen. Helen had made the suggestion that I send some yarn and a pattern home with Jules so Helen could knit with intent.
I chose a cute pattern in 4ply and yarn in 8ply. I'm good at this knitting business....
Anyway, Helen found a similar suitable pattern and this brilliant jumper arrived in the mail a few short weeks later. It's a tad big at the moment (I wanted room for Tubby to grow into it) and I'll post some pics when he's actually wearing it soon. 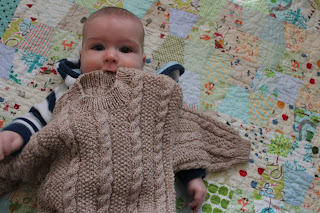 Helen also sent this fab one too.
Because she knits stuff just for fun - knitting without intent - and decided it could be for Lachy.
Oh to have such skills! 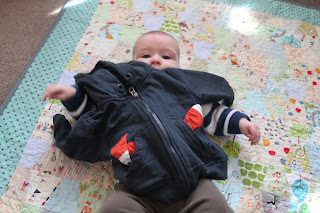 Quite a while ago I received a parcel from one of the most wondrous crafty peeps in Blogland.
Dearest Trash had posted some sneak peaks on Instagram and I was very excited to see what it could be. 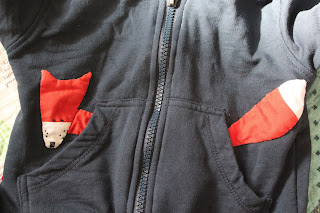 Turns out it was a Fox in a Hole!
I absolutely love it!!! Kinda wishing it was in my size.
It was worn a couple of days ago but chundered on before I could take a pic of it being properly modelled.
We got ourselves another pukey kid which requires many outfit changes a day and of course more washing for me.
So basically Lachy is a well decked out, very warm, very lucky kid.
Thanks ladies!
There's actually even more handmade gifted goodies to show you but I didn't want to write the never ending post just because I've been a bit slack/busy. 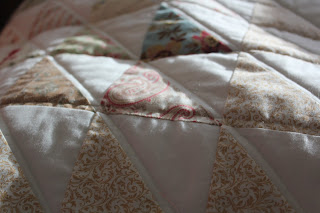 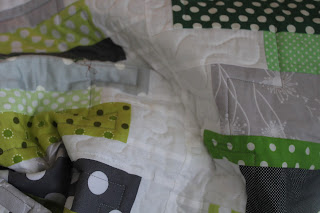 Today, I  finally got the wifi issue sorted. No idea how but who cares, it works!!
In between wiping the nose of a very snotty Harvey and feeding Lachy I have managed a few blocks on another little quilt that just has to be made because I love the fabric.
After all, that's apparently what my fabric is for..... 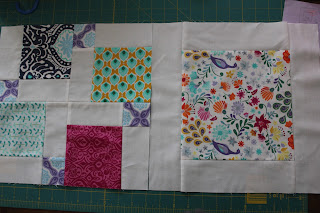 Right, both kids are asleep AT THE SAME TIME but I don't know how long I have got.
I'm turning the machine back on and getting stuck in.
Ab x
Posted by Copper Patch at 4:15 PM 5 comments: